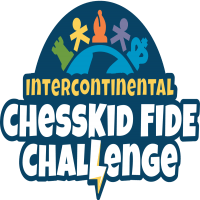 Chesskid.com has announced that, following the tremendous success of the first edition, the Intercontinental Chesskid FIDE Challenge will return! This second edition will be on Saturday 19th June 2021 and is once again open to any child aged 12 and below.

Local junior player Max Teverson played in the first challenge back in January and came 52nd out of 524 under 8’s which was in the top 10%.

In the first edition in January, 1900 Chesskids from 86 countries competed. The target is to get a record breaking 2,500 Chesskids from 100 countries this time around. And there are lots of prizes including top grandmasters giving mini-camps (for example, five-time world champion Vishy Anand).

The Challenge will run twice to cater for different time zones. To register: