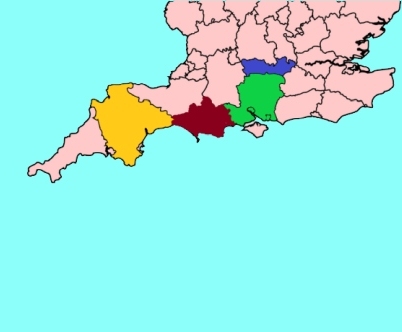 In a very exciting and epic battle, the Dorset Junior Chess team have triumphed over junior chess teams from Hampshire, Devon and Berkshire and WON the third Inter-County team battle!  Huge congratulations to the team.

Our Dorset Junior team amassed a staggering total of 224 points, beating Hampshire by 9 points in what was a nail-biting finish. 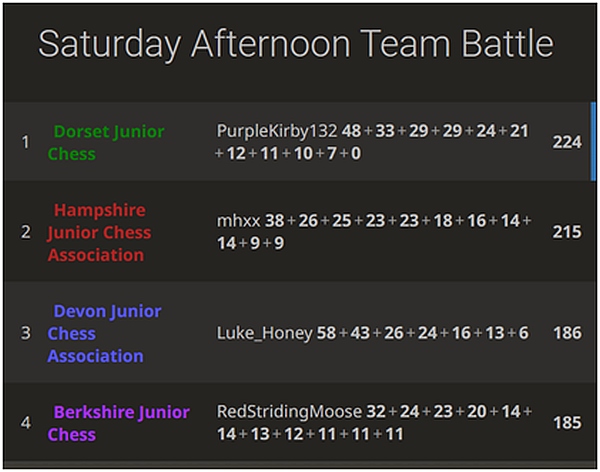 There were notable performances by Finn Schell, with a massive 48 points, and Jamie Doyle with 33 points, but this was truly a team performance and every junior on this Dorset team, which included 5 first time tournament players, played a very valuable part and vital role in the win.

Twenty minutes after the start of the 2-hour tournament, Dorset Juniors took the lead, thanks to a blistering run by Harry Mercer, and thereafter never relinquished it. With 45 minutes remaining, the lead over Berkshire, in second, was around 30 points and looked reasonably comfortable.

But, with less than 20 minutes left, a late run by Hampshire took them up the table and so with 10 minutes remaining the gap was down to just 3 points.  Tense stuff indeed! But the brave Dorset Juniors held on and at the final countdown, were victorious by 9 points.

Well done, we are so proud of you!