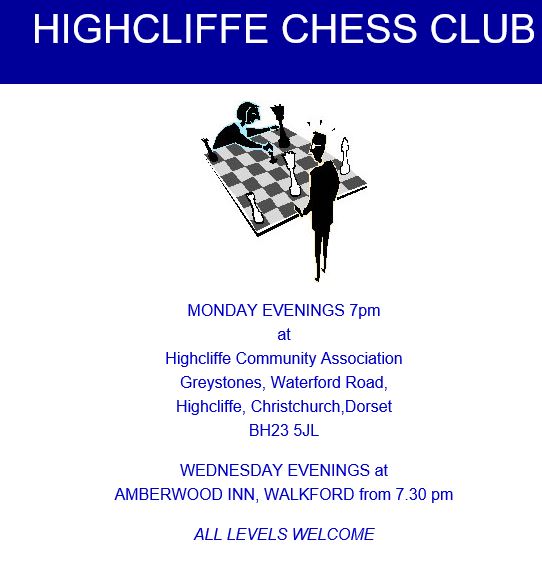 In a long game, described by Richard Ursell as “nip and tuck”, Christian Westrap beat Adam Ursell at the Highcliffe club last night (12 Mar). But it was apparently a superb effort by both players, and one of the classic games of the Highcliffe season. So many congratulations to Christian on becoming Highcliffe Club Champion. Adam Ursell should be especially congratulated on making it such a memorable game. Not to be for Adam this season, but as one of the most promising young players in Dorset, there is a sense he will contest many more finals in the seasons ahead

Thursday morning chess in Swanage - a success story thanks to Derek Mount!