Bulletin No.50 – Mike Waddington on the BIG money Isle of Man Grand Swiss

Bulletin No.50 – Mike Waddington on the BIG money Isle of Man Grand Swiss

Mike Waddington has kindly provided this fascinating article on the Isle of Man Grand Swiss and has annotated a couple of games which are given at the end.

The Isle of Man, The Tournament and The Man Behind It

What springs to mind if one mentions the Isle of Man? Perhaps TT races, tailless cats or  3 legged creatures bereft of either heads or bodies? Maybe The Bee Gees, Norman Wisdom, Mark Cavendish or Nigel Mansell? Or the place where you are still allowed to shoot Scots and flog homosexuals as Emma Thompson wrote recently. I bet some way down your list would be as the host of the richest chess tournament in the world. How has this come to pass?

The Isle of Man, pronounced ‘I love man’, is not part of the UK but a self governing crown dependency of 220 square miles in the middle of the Irish Sea roughly equidistant from England, Scotland and Northern Ireland with its own tax rules which are extremely generous. There is no Corporation Tax, Stamp Duty or Inheritance Tax. This continues to attract the super rich who value anonymity. One such mysterious and intensely private individual who has taken to  island life is Mark Scheinberg, head of the Scheinberg family and wealthiest on the Isle of Man. In the mould of Jay Gatsby he throws sumptuous chess tournaments instead of banquets and has dug deep in his pockets recently giving $50 million towards the Scheinberg Relief Fund in fighting Covid. He continues to support wildlife and animal charities such as Save the Rhino Trust. He helped out the public library service on the Isle and has never been accused of any impropriety.

His father, Isai, a Lithuanian Israeli was an exceptional computer programmer who worked for IBM and moved to Canada for work reasons. He was also a part-time poker player who finished 25th in the World Series in 1996. Using his contacts at IBM he broke away to launch the online platform PokerStars in 2001 with his son. Along with ESPN and CBS and their pocket cameras showing the audience the players’ hands, they helped poker go through a resurgence. PokerStars’ simple format of a basic fee, often less than $25 for a single elimination tournament, turned it into an overnight success. Everyone could be Chris Moneymaker. Winning a PokerStars online tournament meant he could take a  $10,000 seat at the World Series in Las Vegas beating 838 others to a first prize of $2.5 million in 2003. The Scheinbergs moved the business to the IOM in 2005 to avoid corporate taxes.  By 2014 PokerStars had 89 million users and 500,000 daily tournaments.  Mark cashed out his share of the business for $3.5 billion.

US attorneys have been hot on unpaid taxes, especially when dealing with offshore companies. This could easily read as a script for ‘Billions’, a cat and mouse fight where at various times regulators and their quarry have come together in the interests of the common good. The 1961 Wire Act had made gambling in the US illegal but this did not affect poker because this involved skill not luck! Full Tilt Poker, a rival, collapsed in 2011 accused of being no more than a ‘Ponzi scheme’ with huge debts with deposits being readily taken. In a bizarre twist PokerStars worked alongside the Justice Department repaying the losses and helping tidy up the industry. In 2005 the Unlawful Internet Gambling Enforcement Act, had made online poker in America illegal. To get around this Scheinberg dubiously had invested in struggling banks so long as they could continue his transactions with the American public. Friday 15th April 2011 became known as Black Friday and 11 powerful individuals including Isai, despite helping out over Full Tilt Poker, were indicted for bank fraud and money laundering. He was eventually arrested  in 2019 in Switzerland, initially fighting extradition, only to receive a suspended jail term and $30,000 fine in September 2020. 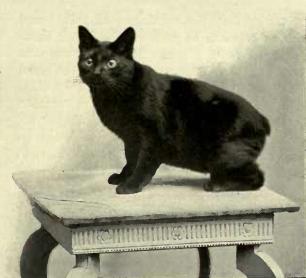 Birth of the Grand Swiss

In the meantime, in 2014 under Mark Scheinberg’s influence the PokerStars Isle of Man chess tournament was born, attracting stars such as Maxime Vachier-Lagrave, Michael Adams and Laurent Fressinet. The  Scheinberg’s family financial support continued even after Chess.com became a sponsor and rebranded the tournament the Chess.com Isle of Man International, which has allowed for generous prize fund.  In 2018 the prize money was £133,000.

In 2019 the Masters section of the tournament became a world championship qualifier, was rebranded again to the FIDE Chess.com Grand Swiss and had prize money of $433,000. And even better for chess mortals, there were Major and Minor tournaments run alongside the main event.

In October 2019 I had travelled up with my wife by cross country train and taken the boat from Liverpool to Douglas to find Keith Arkell staying opposite us. Back at Paignton he had told me he wasn’t playing in the IOM but he had changed his mind with 24 hours to spare! In fact a lot of strong players were staying at our hotel including Wesley So and Hikaru Nakamura despite the chess venue being moved to the Comis Hotel for the main tournament and the Golf Resort in the centre of the island for the Major and Minor. Every day 2 blue double deckers turned up on the promenade to ferry us all to the venue. And every day we ‘poor’ players took ‘The Walk of Shame’ getting off first at the golf function rooms before  the bus continued on to the hotel with the GMs.

I was playing in the Major. There was a limit of 35 per section with £5,000 and £4,000 prize funds. The entry fee was £30 and they do not advertise as they do not want too many turning up. In the Minor there were 19 players and 13 prizes starting from £100. Not bad odds. In our section there were 29 players including a Romanian, who had tried to enter the minor, with a 1600 rating but an ECF grade of around 200. He was bumped up and still finished first! I enjoyed my 10 days on the IOM. It has great transport links in a regular government run bus service and 2 iconic railways.

The Masters could have been held in Siberia as there were no spectators allowed because of qualifying spots for the Candidates. I see this as a retrograde step by FIDE. One player who was playing in our section had managed to get hold of an arbiter’s badge and would wink at me from inside the playing hall. However, some top players, notably Peter Svidler and Rustam Kasimdzhanov, would analyse their games in English in the foyer. I was also able to give a caricature I had done to Daniil Dubov who played me at blitz chess for over an hour shortly before the event.

As of December 2020 the IOM has joined FIDE as an affiliated member only. Howard Dobson, President of the IOM Chess Association was hoping for full membership but the territory is not recognized by the United Nations or the International Olympic Committee. The next edition of the Grand Swiss with a separate women’s tournament is back at the Villa Marina on Douglas seafront and is scheduled for 25th October – 8th November 2021 with $550,000 in prizes.

Thanks to Mike for that really entertaining report.

We should mention that modesty may have prevented Mike from saying that he finished in a four way tie for first place on 5/7 in the Major, as you will see if you play through his game below.


Wang Hao and Fabiano Caruana topped the main event.  A few of the names further down the table were Carlsen, Aronian, Nakamura, Grischuk, So, Svidler, Anand, with David Howell being the top British performer.

4NCL Over The Board Tournament !?