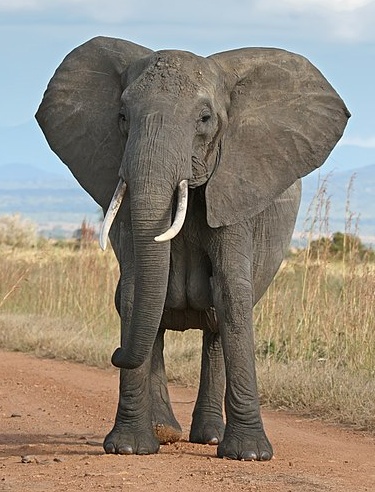 Are we barking mad? No, we are not at a zoo, nor are we suffering from Lockdown Lunacy but love them or hate them, you may have to face them one day!

There are at least 24 recognised openings and variations with animal names – and that excludes dubious ones you can find in some corner of the internet but won’t find in any book. This makes animals one of the most popular themes for naming openings along with grandmasters and places.

Today we are looking at the mammals. Part 2 will cover our avian friends, and Part 3 all other creatures.

This is a variation of the Philidor Defence where black intends a direct attack on the white king.

Our verdict: Probably not the soundest way of playing the Philidor but can roar like a Lion.
Strength: 5
Fun Factor: 8

A dubious gambit that should give white a large advantage but can quickly give black a winning position if white goes wrong.

Our verdict: Like a bull elephant in musk: wild and erratic more than considered and graceful.
Strength: 3
Fun Factor: 7

This is a line in the Vienna with 3.Qg4. It just about scraped into our list as a recognised opening, having been named in a book by Eric Schiller because white is sticking his neck out. Rarely played. Judge for yourselves its merits!

This is a flexible system that can arise from a number of openings but most commonly from the English Opening and Silician Defence and is characterised by the black pawn chain. From wiki…

Black exchanges their pawn on c5 for White’s pawn on d4, and then places pawns on squares a6, b6, d6, and e6. These pawns form a row of “spines” behind which Black develops their forces. Typically, the bishops are placed on b7 and e7, knights on f6 and d7, queen on c7, and rooks on c8 and e8 (or c8 and d8). Although Black’s position is cramped, it has great latent energy, which may be released if Black is able to play …b5 or …d5 at some point. These pawn breaks are particularly effective because White usually places their own pawns on c4 and e4 (the Maróczy Bind)

We would add that white does not have to play e4 and that developing with g3 and Bg2 instead is quite popular from the English move order.

It is a fairly frequent visitor to top level chess. Below is an interesting Hedgehog game with Karpov suffering a rare defeat.

Our verdict: One for the connoisseurs of slow manoeuvering.
Strength: 7
Fun Factor: 3

Similar in some senses to the Hedgehog in so far as it is defined by a defensive black pawn chain, this is a variation of the Modern Defence. The opening is apparently named because the pawn chain looks like a half submerged hippo in the water.

Black typically places his pawns on a6 b6 d6 e6 g6 and h6, fianchettos both bishops and puts his knights on d7 and e7. Black needs to respond flexibly to white’s plans and may variously play breaks with c5, e5 and/or f5, offer to close the centre with d5 or expand on the kingside with g5. Black may castle either side or leave his king in the centre.

The defence can be cramped but at the same time aggressive. Overall it is generally regarded with a bit of suspicion and rarely makes an appearance at the top level.

Below is a Hippo game by one of the world’s leading experts on the Modern.

Our verdict: One for creative players with strong nerves.
Strength: 5
Fun Factor: 7

A variation of the Modern Defence characterised by 2.Bc4 and 3.Qf3 aimed at forcing e6, which some Modern players don’t like to play. In it’s purest form it is followed up with 3.d4 sacrificing the d-pawn for some but not full compensation. It was trendy for a while in 1970’s but fell into disrepute and Modern players are normally very happy to face it.

1.b4 This opening was named the Orangutan by Tartakower because he was impressed by one such beast called Suzan when he visited New York zoo and dedicated his victory over Maroczy the following day to her. It is also called the Polish or Sokolsky opening.

Almost any sensible reply by black equalises or gives black an edge with the 1…e5 2.Bb2 Bxb4 3.Bxe5 Nf6
line considered by many GMs to be the cleanest route for the second player.

This is a name that is more popular in the USA than over here and gets used for various lines including variations of the Modern, but mainly for 1.d4 d6 2.c4 e5 which we will deem to be the official Rat. This opening has the potential to transpose to the Kings Indian but normally gives rise to independent lines. It is perfectly sound and scores well in practice. In fact the only problem with it is that white may play 2.e4 or 2.Nf3 and avoid it altogether!

Our verdict: Tough and adaptable like the rodent!
Strength: 8
Fun Factor: 6

Originally the name of a book, “Tiger’s Modern” has passed into parlance amongst Modern Defence players as the name for the lines with 4…a6 and normally 5…b5. This is a little cheat as the name comes from the author of the book, Tiger Hillarp Persson, though we assume he was named after the animal.

Our verdict: Sharp and only slightly bad for black!
Strength: 6
Fun Factor: 8

We have 9 properly recognised mammal openings, ranging in size from the Rat to the Elephant, in soundness from the Elephant to the Rat, and in fun from the Giraffe to the Black Lion!

But do you agree with our assessments?  Have we missed any mammal openings?  And do you have any games we could publish featuring these openings?

We would love to hear from you.  If you have any feedback or a game please send it to us using the form below.