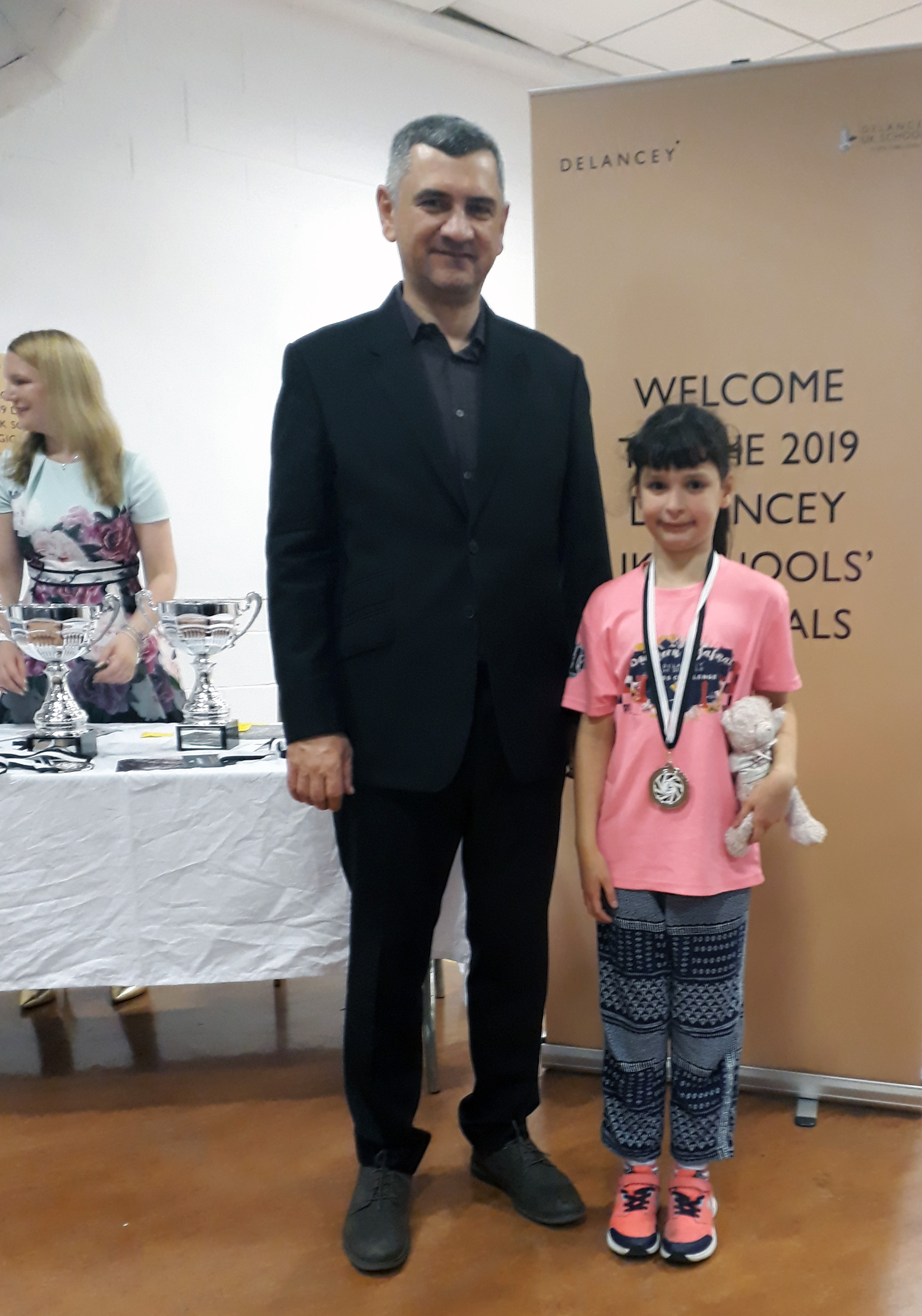 Larissa Cuthbert from Poole recently achieved an outstanding 2nd place in the UK Schools Chess Challenge Delancey Southern Gigafinal Under 10 girls section. Upon receiving her medal from GM Viktor Bologan she has qualified for the final round – the Terafinal for the second year running.

The competition began in October 2018 with 40,000 school children entering and it will finish with the Terafinal across several junior age categories in September for only the top 200 children.

Larissa, who attends Talbot Heath School in Bournemouth, has been playing chess since she was six. She enjoys junior tournaments such as the London Junior Chess Championships where she was joint 2nd place in the Under 10 Minor section, and has competed at junior county level for Wiltshire (but she is now keen to play more chess in Dorset and represent the County where she lives). Last year she played in the National Junior Squad Championships where she came 2nd in her age group and in April this year, Larissa was selected to play for the ECF England Junior Team in the World Schools Individual Chess Championships in Turkey.

Her progression has been well supported by her parents, Adrian and Wendy, and more recently by Southbourne Chess Club which she has been keenly attending on Friday evenings. Larissa also enjoys playing in some adult tournaments, an experience which can be very beneficial to the development of aspiring young players and one which the B&DCL and DCCA fully supports.

Larissa explains … “Chess is not just about winning, there is so much more to it, mostly it’s about learning”.

On behalf of the B&DCL and DCCA, I would like to congratulate Larissa on her excellent performances and also wish her lots of success and enjoyment at the Terafinal in September. Well done Larissa!