Mike Waddington is one of  Dorset’s very strongest players, an FM and the only over-the-board titled player from the county still active.  We asked him if he would mind writing a bulletin on how he earnt his FM title.  He kindly agreed and went further, contributing this fascinating article on the history of titles, FIDE’s role, and his own route to one based upon a superb performance at Hastings in 2000/1.  Mike also annotated his Round 1 game from that tournament which got him off to a good start and you can see that at the end of the bulletin.

At the famous St Petersburg Chess tournament in April 1914, a few months before WWI, Tsar Nicholas II awarded the Grandmaster title to Lasker, Capablanca, Alekhine, Marshall and Tarrasch. This was an informal gesture as there was no FIDE until a decade later. Up to then tournaments and World Championship matches were organized in an ad hoc manner where champions could pick opponents and stipulate conditions, such us how much money was needed to be raised to make a challenge. This precluded many strong players who could not raise the finance, such as Rubenstein, from fulfilling their dreams. There was talk of a central organisation but war cut short these notions. 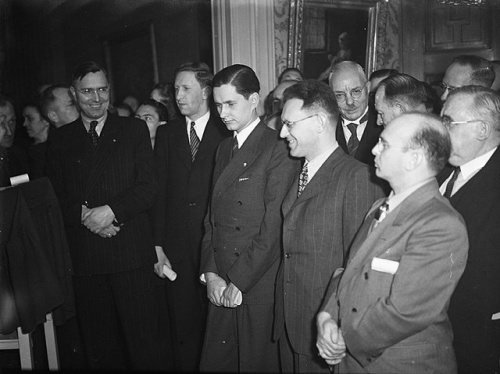 After wresting the title from Lasker in 1921, Capablanca introduced the ‘London Rules’ for future World Championship matches, including the first to win six games and made likely challengers sign up. Also you needed $10,000, about $300,000 in today’s money, to mount a challenge. This helped deter challenges. Clearly an organisation was needed to oversee proceedings and FIDE was born at the time of the 1924 Paris Olympics. In the early days it had little power and Alekhine, after becoming World Champion in 1927, introduced a rematch clause which was missing from the ‘London Rules’. He was happy to play Bogolyubov (FIDE’s choice after beating Euwe in a match) and not Capablanca. Alekhine needed to invoke his own rematch clause to get the title back from Euwe in 1937. WW2  interrupted proceedings. The passing of Lasker, Capablanca and Alekhine (the Champion in 1946) allowed FIDE to take charge of the World Championship in 1948 with 3 year cycles thereafter comprising Zonals, Interzonals and Candidate matches. The rematch clause and first to win 6 games remained and would play a pivotal role in battles for the Crown.

With the World Championship sorted out, FIDE produced its first list of Grandmasters and International Masters in 1950. Over time it has recognised trainers, arbiters, organizers, correspondence players, problem composers and solvers with titles. FIDE has now become involved in online chess and even awards titles here to encourage players.

How I Got My Title

To cut a long story short, FIDE created the FM title in 1978. Lower than GM and IM, you need to reach a 2300 rating, normally after playing 27 games at FIDE events. Before playing the Hastings Masters 2000/1 I had only played weekenders (which are still my favourite form of chess). In my 9 games at Hastings I played a GM, 4 IMs and an FM and played well. Going into the last round on 5/8, the norms board said if I won I would achieve an IM norm – you need 3 and a rating of 2400 to get the title. I was down to play a 2420 IM.

Before the last round started all hell broke loose. Bogdan Lalic was drawn to play Nick Pert with the black pieces and was indignant that this was not right. The draw in those days was still done by hand.  After a 30 minute delay the round started and Lalic lost in 20 moves. I know what it is to fall out with controllers to my cost. I eventually ground down my opponent in 70 moves and nearly 7 hours. I finished on 6/9 and in joint 7th place and, I thought, with an IM norm with a performance of 2353. Exhausted I stood down from the weekender which started the next day. However, it transpired I had not made either an IM or FM norm. The rules are complex. You have to play people from different federations. I did not find out in my case what the problem was and accepted the situation.

Fast forward to the South Shields 2012 British Championships and I am watching the opening ceremony for the London Olympics with the officials and get talking with Jack Rudd.  He mentions that unbeknown to me FIDE has loosened the rules for the FM title and that any rating over 2300 can be used to claim the title, however retrospectively. So I send the evidence and money and get the title.

And titles are for life. How do I feel ? I have felt the pressure of performing to the standard of an FM and have had several detractors but that is part and parcel. I have received the odd invite and ended up in the commentary box at the British Championships in Hull 2018 which is stressful when someone asks ‘where is the blunder?’ after the chess engines assessment goes massively against Jonathan Hawkins in 1 move. The best things are the (at times) reduced/free entry fees and the recognition it gives me for a lot of work I have put into my chess over the years.