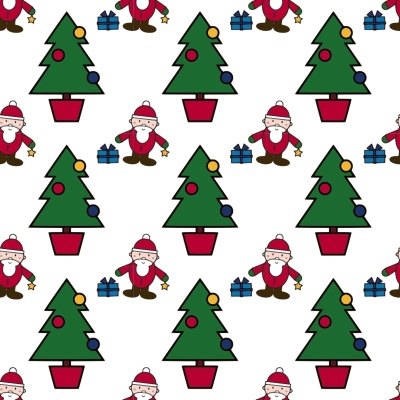 As is traditional, the Southbourne Christmas Fun Handicap Tournament was held on the last available Friday before Christmas. Last year, for the first time in almost 30 years, it was not held and this year we chose not to organise it on Christmas Eve as we understand Santa might be very busy! So the tournament took place on Friday 17th December. 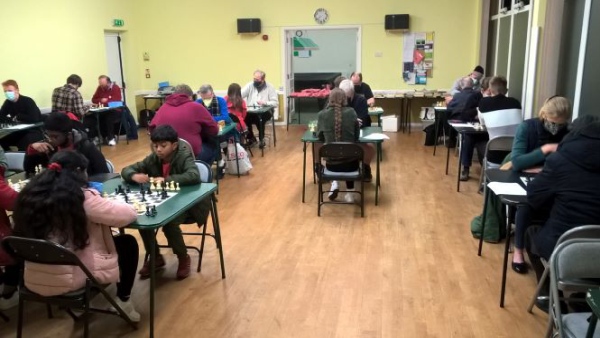 We were not sure how many people would attend given the recent surge in Covid cases, but we took every precaution that we could, including ensuring windows and doors were wide open, masks were worn at all times (except when drinking and eating) and asking players to maintain good social distancing. In the end, given these considerations, we had an appropriate number, approximately 30, including 10 juniors and some parents. We were very pleased that approximately half the players who attended were visitors to the Southbourne Chess club and they were made to feel most welcome. 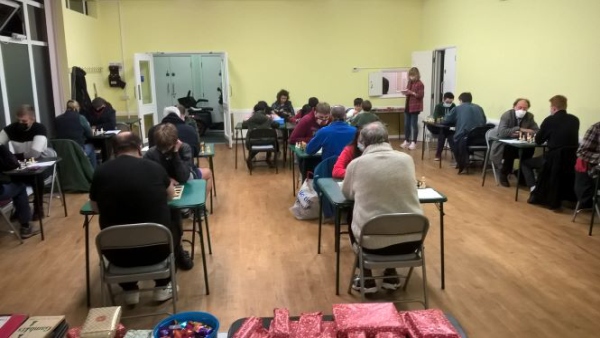 We chose to split the tournament into two sections – a main tournament where 20 players took part plus a junior tournament for the less experienced Southbourne juniors. We are pleased that three juniors had the confidence to take part in the main event and two of them came in the top 10!

Due to the time handicap some of the higher rated players only had 1.5 minutes for their whole game whilst their opponents had 18.5 minutes – this made for some very interesting blitz chess! Indeed, we understand there were a few ‘take the kings’ (which was allowed for in our rules!). In addition, some games lasted more than the allocated 20 minutes as some clocks were somehow set incorrectly! We blame the new ECF rating system where the difference in ratings proved very hard for the time handicap to be calculated!

The most pleasing thing was that everyone appeared to enjoy themselves which included plenty of Christmas music, Bucks Fizz, tea, coffee, mince pies and biscuits. There was a real festive buzz

In terms of the chess (almost secondary!), Ian Clark (Wimborne) & Richard Ursell (Highcliffe) came equal 1st with 5 points out of 6. 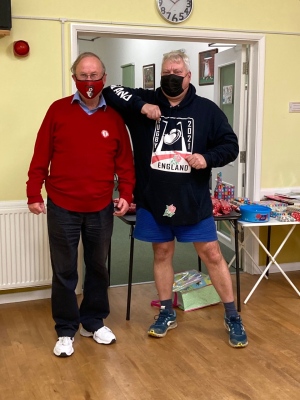 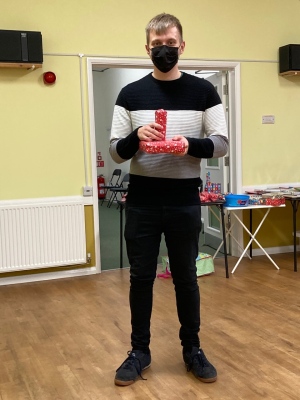 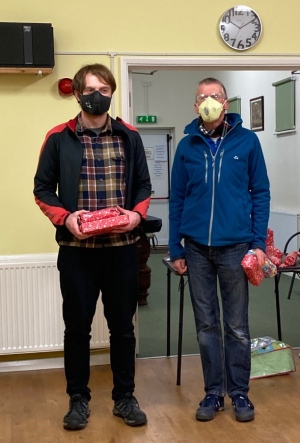 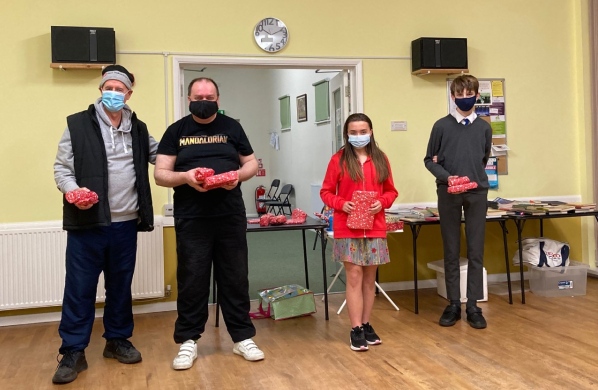 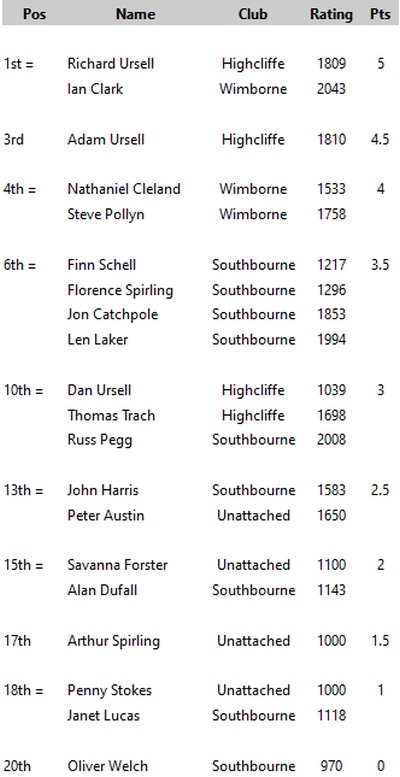 There was also a chess book sale. Most importantly, Santa arrived just in time and all players won 2 wrapped up presents each! 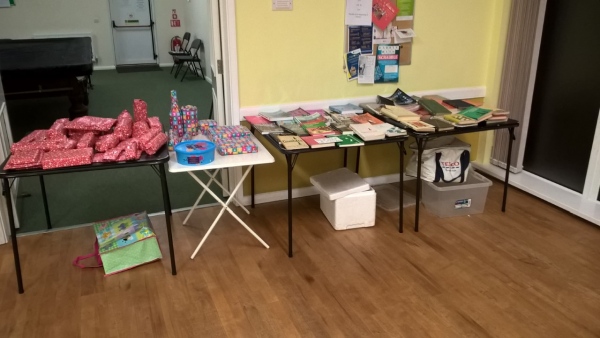 In a separate Junior Christmas Chess Tournament expertly organised by Nikki Forster, the Dorset Junior Chess Coordinator, Cyrus Piao was outstanding and came 1st with a score of 4 points, Krushmiga Jeyasiri and Smyan Sripirasanna came equal 2nd with 2.5 points. Other scores were Theo Toma with 2 points, Sharvika Jeyasiri with 1 point and Thuran Kumar who enjoyed the matches. 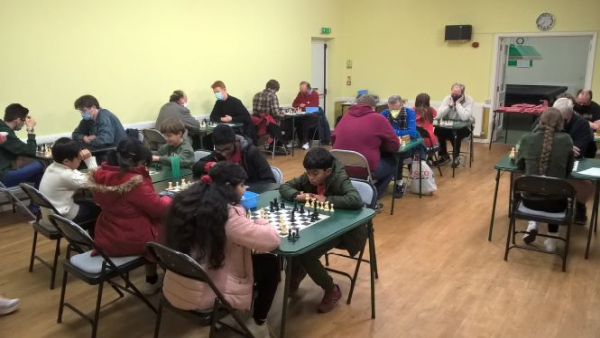 Everyone had lots of fun!