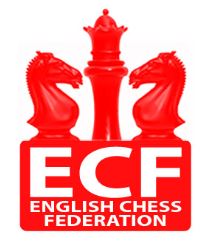 From time to time clubs ask for clarification on this.

The current annual ECF membership fee for Bronze Membership is £16.

Non ECF members are allowed to play up to 3 games in any one League without the ECF charging a Game Fee. The ECF do not aggregate appearances across our Leagues. So, in theory, it could be 3 in each of County League, B&DCL, Bacchus and the B&DCL KO Handicap Cup – as well as external Leagues to Dorset like Somerset and Southampton.

But a £16 fee is charged once a 4th game is played in each League.

With thanks to Pete Donaldson for clarifying this and also Phil Wallace. Here is the ECF extract:

3 – Leagues and other team events including jamborees

Players are required to be ECF members at (Junior) Bronze level or higher. Players who are not will not pay any Game Fee for their first three* games in that league/event – but once they play a fourth game they become liable for a Game Fee of £16.00 if an adult, £5.00 if a junior.

Please note that the Game Fee of £16.00/£5.00 applies once more than three games have been played, whether four or fourteen or forty. It applies to all games played within a particular League, in whatever division, in League format or in the League’s team K.O. or jamboree events if any. However, it is not aggregated across Leagues, so a player could play three games in the Eastshire League and three in the Westshire League without fee; but four in one and two in the other would incur a Game Fee of £16.00/£5.00

Please note – it has become clear in 2017/18 that the concept of multiple charging has not been fully appreciated.    If a player plays 4+ games in the Eastshire League, and also 4+ games in the Eastville Club Championship, then both League and Club are going to be invoiced £16.00. The fact that one has been invoiced does not waive the charge for the other. Both League and Club will have chosen to submit a non-member’s results for ECF grading so the charge will be applied to each.

Leagues which during the season organise events for individuals rather than for teams should note that those will be charged under 1 or 2 above rather than within League Game Fee. Individual events are a different charging concept to team events.

The ECF will recognise any ECF individual membership taken out by a player by 30 June 2019 as covering them for Game Fee purposes in Leagues’ team events for 2018/19. Otherwise Leagues will be invoiced at the end of the season @ £16.00/£5.00 per player concerned.

*RapidPlay games – references in this section to numbers of games played assume standard play games. RapidPlay games count to these totals as half a game.

Important – the ECF’s arrangements for grading Leagues and any consequent Game Fee are with the Leagues, not with the clubs or individual players.  Liability to pay any Game Fee lies strictly with the League, who will have made the grading submission, and cannot be derogated to the club(s)

21 Dec: Southbourne Christmas Handicap has record entry for "fun & enjoyment" - Len Laker wins with 5.5/6 & is also ahead on mince pies