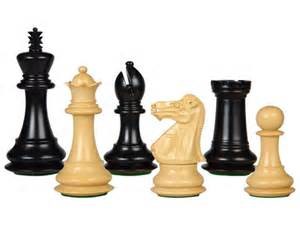 The 51st Dorset Open Congress was run in Bournemouth the weekend of 2-4 December 2016. The Organiser was Ian Clark. Here, Alan Dommett comprehensively analyses 8 games across the Open, Major, Intermediate & Minor Sections. In the 8th and last game Alan congratulates 88 year old James Wallman, who lives in Dorset and is the new Dorset Minor Champion. Some achievement, especially as James does not get practice playing in a club and only took up chess when he was 78, after learning at school! Gives many of us hope! (Mike Jay)

Unconventional and no doubt designed to take White out of any opening comfort zone, this move, combined with the pawn sacrifice that follows, takes the game along an adventurous path.

The point of all that unorthodox play – at the cost of a pawn Black has active play for all his minor pieces and an immediate attack on the enemy king… but is that enough?

Allowing the opening of the h-file is less cramping than this ultra-cautious bypass of the advancing pawn. For example, 13.Nd5 hxg3 14.hxg3 Rb8 15.Rae1 leaves Black little option but to accept wholesale exchanges and after 15…Rh7 16.Nxf6+ Bxf6 17.Bxf6 exf6 he is still down in material, has no compensation, and is saddled with a rather sorry looking pawn formation.

However this attack on the rook is no more than an unwarranted distraction, especially when 18 c4 would have strong-pointed the d5-square.

Martin seizes the opportunity to open up on the kingside.

Freedom for the bishop, but…

… this exchange sacrifice is deadly.

27…Qf3+ 28.Kg1 Bxe5! and White resigned rather than face an unstoppable 29…h2+ and the inevitable loss of his queen to avoid Black obtaining a second one.

White now has the game by the scruff of its neck, emerging from the opening having obtained better development and a superior pawn formation without the customary loss of a pawn!

Better than castling short, the white king being moved well away from the action.

No, Martin is not just hankering after the usual pawn deficit, there is genuine poison in this sacrifice.

Seemingly determined to lock-down an already ultra-safe situation before pressing home the advantage held, but 18.Qd3 Bxf4 19.Qxf5 Be3+ 20.Kh1 Rh6 21.Bxf6! exf6 22.Ne4 would have cut Black’s defence to ribbons without further ado. The next passage of play only the serves to accentuate the attritional approach adopted by both sides, although in view of the positional superiority Mike has already established, there was only ever going to be one winner once heads were finally raised above the parapet.

A sudden, inexplicable, rush of blood to the head when 28…a5 was not only playable, but far more in keeping with proceedings!

A multi-purpose move if ever there was one – regaining the pawn, protecting the g3-pawn and doubling the threat to the knight on e6.

30…Ng7 31.Qc2! and, against the run of recent play, Mike finds a forcing line to finish the game with a flourish.

Allan is in danger here of lagging way behind in development, a tempo about to be lost on returning his misplaced bishop to its haven at g7 not helping matters.

With neither long or short castling looking particularly safe, options were limited, but this retreat does little to improve the situation.

A lovely move that led to immediate resignation, as the black queen must be given up for the bishop to avoid a mate once Qxh6+ is played.

Underdeveloped on the queenside and causing his opponent few problems in the opening, Black bravely decides to ‘castle into it’. No prizes for guessing White’s immediate response.

7.Bg5!? is the sharpest response… the threat is now against f7 with 8 Qb3. However, this pawn push has its merits, not least in pursuing the principle that, if White can get in an early e5 in the Morra, he must be winning. Unfortunately, in this instance, there is no knight at f6 to target and Black can cope with the advance quite easily.

White has emerged from the opening with little compensation for his gambit pawn other than greater space to work in. Nevertheless, he is about to make this tell.

Not wanting to return his queen to the confines of b6 or venture into f4, Black chooses instead to remove the one move threat (23.Bh7+) and in so doing enters into a slug fest that he is positionally ill equipped to deal with.

Giving up queen for rook and knight is one thing, but when the b-pawn drops as well, leaving two connected and passed pawns, chances of survival are slim to none… and so it proves. 24…Qf4 offered more hope, but after 25.Nxa7 Rxa7 26.Bg3 Qe4 27.Qxe4 dxe4 28.Rd4 the e4-pawn falls and White is better.

This victory, together with wins in the previous two rounds, resulted in Benjamin taking a share of third place and he finished with an impressive 173 grading performance.

17…Bc6 keeps everything on an even keel, as opposed to simply giving up a pawn. Oliver now seizes his opportunity and nurtures this early gain on to move 40, no mean feat for the fourteen year-old. At that point, he then doubles his advantage through to a rook and pawn ending that results in a fine win, a 166 grading performance, and an eventual share of first place.

And finally, a last round potentially winner-takes-all battle in the Minor event, which actually turned out to be an honourable draw that was enough to secure first place for Colin Gardiner while his opponent, 88yr-old James Wallman, took a share of second and a grading prize. James also became Dorset Minor Champion on the basis of being best Dorset player in the Minor

Recapturing away from the centre normally creates more problems than than it solves, problematic backward and doubled pawns outweighing the benefits of a rook on the open file, but here Black copes quite well…

… until he tries this pawn grab and misses his opponent’s imaginative response.

The dust settles and White, due to his superior pawn structure and imminent control of the open central files, holds the initiative.

There is still far too much enemy firepower in existence for the black king to be thinking about making a return to open territory.

James has managed to recover lost ground, in terms of contesting the centre, and is heading for well-earned equality.

Wavering slightly, Black fails to deal with the pressure building on the kingside.