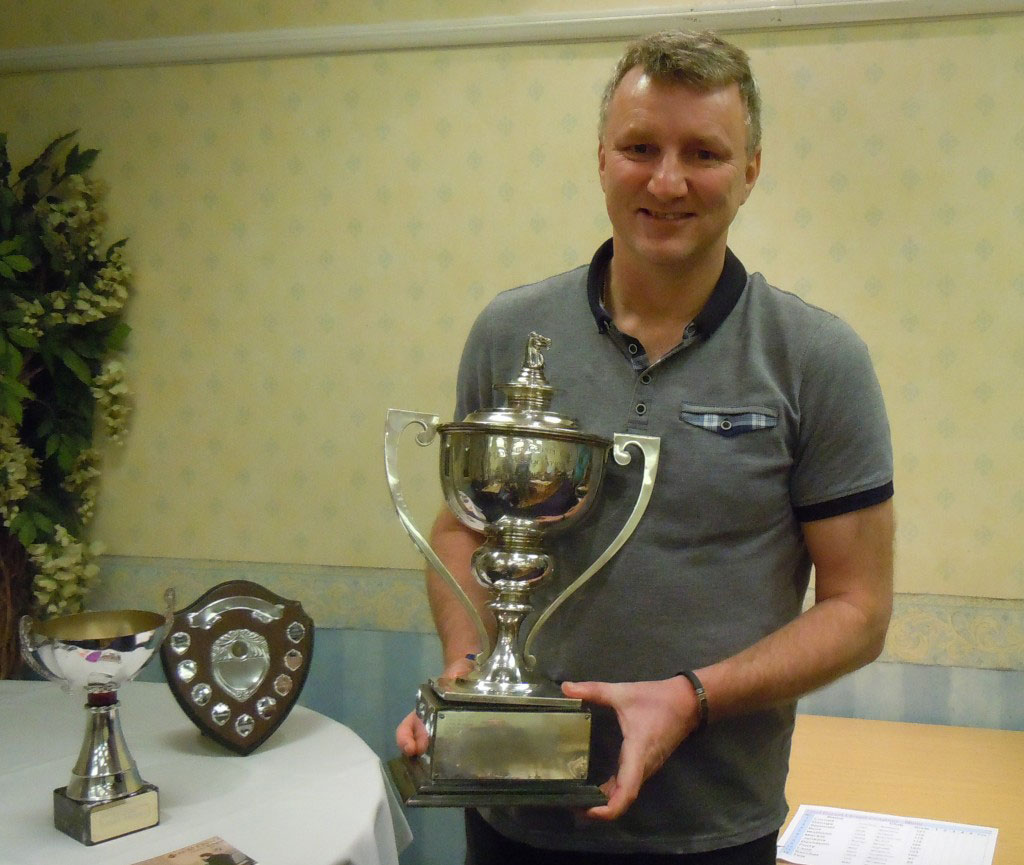 The Dorset Closed took place 30 Jan – 1 Feb ’15 in Bournemouth. It was one of the closest Dorset congresses ever, with more than half the players having a chance to win a prize at the start of the 5th and final round. In the end, Martin Simons (Southbourne) and Ian Clark (Wimborne) tied in the Championship with 3.5/5, but Martin was champion on the progressive scores rule.

The Major was equally close and ended as a tie between 4 players – Colin Grant (Purbeck), Roger Knight (Bridport), Chris Leeson (Weymouth) and Andy Heard (Beckenham) all on 3.5/5. Colin Grant was champion though, again on the progressive scores rule.

The last game to finish in the whole congress was an epic contest between Keith Spooner (Purbeck) and Cornelius Cornes (Wimborne). Had Keith won he would have shared 1st place, but Cornelius was the eventual winner in a fluctuating game and he won the Minor outright with 4/5. John George (Wimborne) was 2nd with 3.5/5 – a good enough score to have shared 1st place in both the Championship and Major.

The weekend congress maintained its reputation for being competitive, but also very friendly. The Elstead Hotel was again a perfect venue. The competition was expertly controlled by Graham White of the Southbourne club.