Bulletin No.23 - Correspondence Chess and the Dorset County Team 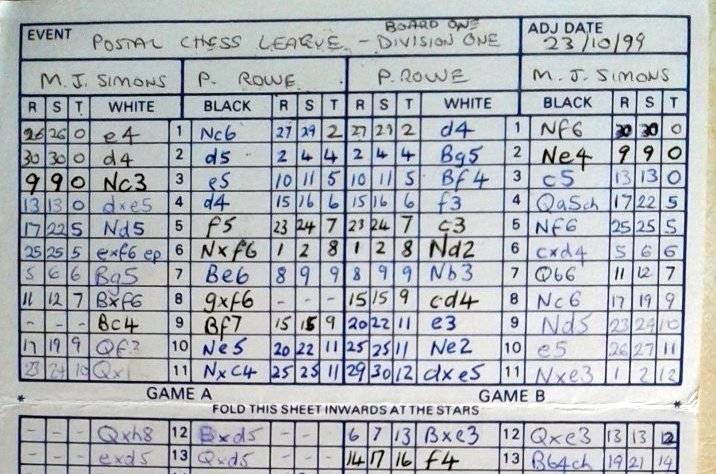 Bulletin No.23 – Correspondence Chess and the Dorset County Team

The image above is of a postal correspondence scorecard.  Two games with reversed colours were often played at the same time between opponents.   The R column is for date received, the S column for date sent, and T for the total time in days used.  Note that to speed things up a little “conditional” moves were sometimes used for forced sequences; essentially if you play X in reply then my next move is Y.   These would be notified on a separate piece of paper or written in pencil on the scorecard to be accepted or erased by the opponent.     It looks like in the first game these happened after white’s 8th move black’s 11th move.

We are not sure how long Dorset used to run a team in the National Counties Correspondence league but we estimate approximately for 40 to 50 years.

As most of us know, correspondence chess allows people who live several miles apart to play each other without meeting in person. In the past this was mainly done by the post (and perhaps by telephone) but in recent times, this has changed to email and many other types of internet communication. It differs from over-the-board chess, where players sit at the chessboard at the same time, and therefore some may argue that both the psychology and sociability of chess may be lost.

However, correspondence chess has many benefits and appeals to those players who:-

Some of the above benefits are covered in the BBC programme on ‘How to Win at Chess’ currently showing on BBC iPlayer https://www.bbc.co.uk/programmes/b00p8lhp (please start the link at 13 minutes 30 seconds).

The length of a chess game played by correspondence can vary and mainly depends on the method used to transmit moves. In the past when there were little or no time controls, a game played by post between players in different countries might last several years but when the English Counties Chess Correspondence League was set up, a game would normally last no more than a few months which meant that one round of matches could be played for the county each season. This league is run like a jamboree in that if there were say 15 teams then there would be 28 players in each team playing 2 random players from each of the other counties.

Typically, a few games might finish early during the season but many were completed in the last few weeks of the competition. Those matches that had not finished were then sent off for the dreaded adjudication subject to a payment of a fee of course. In the early years the adjudication process would have involved no chess engine support so we are sure a few decisions may have been wrong.

The use of chess books and databases has generally been universally acceptable but since the advancement in the strength of chess computers and engines, which are now stronger than the World Chess Champion, there is now a great opportunity and temptation to access these lean, mean, fighting machines and it is this one factor alone that has led to the widespread demise of correspondence chess over the last 20 years.
Whilst Dorset has one of the lowest number of chess players in any county and has never been the strongest county, its team in the National Counties Chess Correspondence League hovered between the top half of Division Two and the lower half of Division One which many will argue was a good achievement.

Records are limited but thankfully, due to the production of the Newsknight magazine, the following table shows Dorset’s performances between 1992 and 2001. Only 6 out of the 30 players from the 1992/93 team are still active in the local leagues today. These are Alan Dommett, David Hardie, John Kelly, Martin Simons, Ronnie Burton and Russ Pegg. 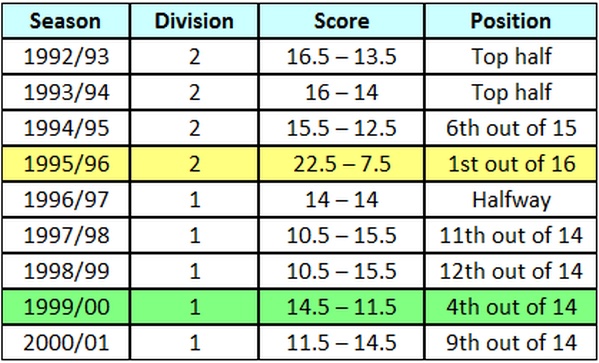 As highlighted above, there were two significant seasons that stand out. Firstly, Dorset were the 1995/96 Division Two champions and promoted to Division One and then, despite all odds, had its best ever Division One performance in the 1999/2000 season when it achieved a fantastic 4th place!

Frank Kingdon (pictured below in 1994) was the extremely hard working Dorset County Correspondence team captain for over 30 years from 1969. 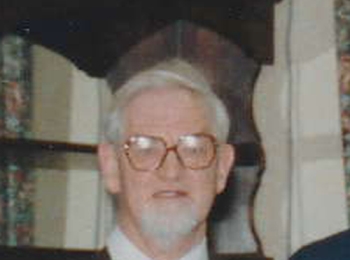 Unfortunately Frank stepped down as captain of the County’s correspondence team at the end of 2001 and this, combined with strength of computer engines, meant the Dorset County Correspondence team soon folded.

Below are the reports in Newsknight covering Dorset’s two best seasons, and in the first, also includes one of Frank’s games which he analysed for Newsknight in the promotion winning season. 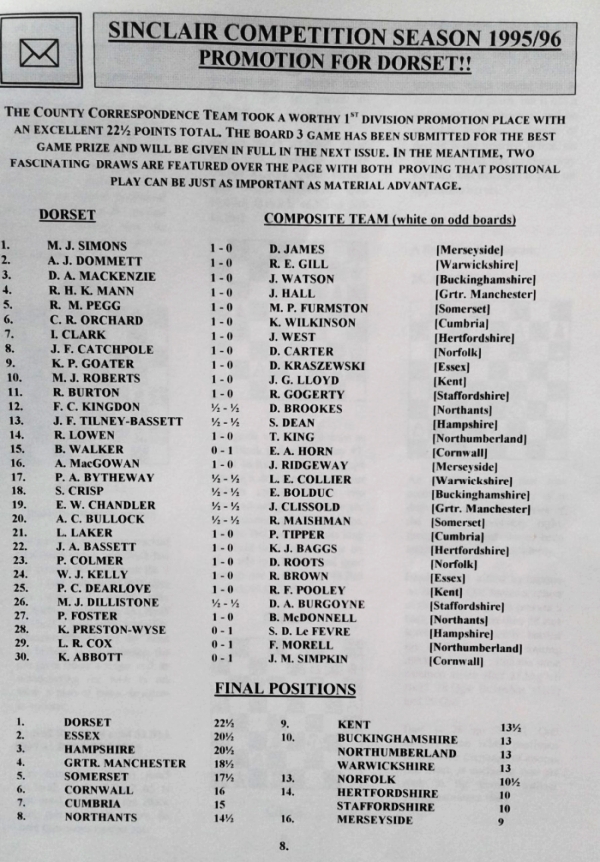 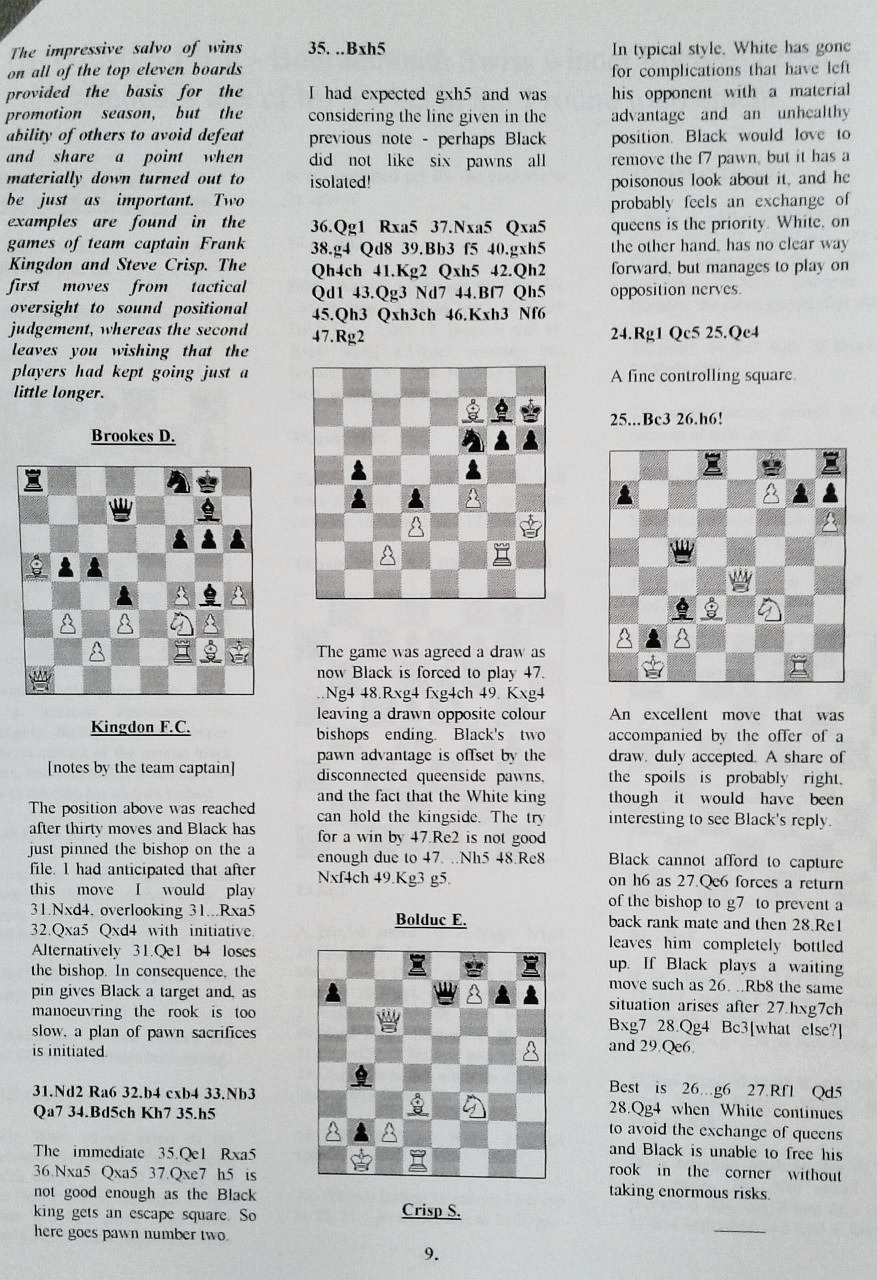 These were the days when Alapin-Diemer Gambits won in 20 moves in correspondence chess! 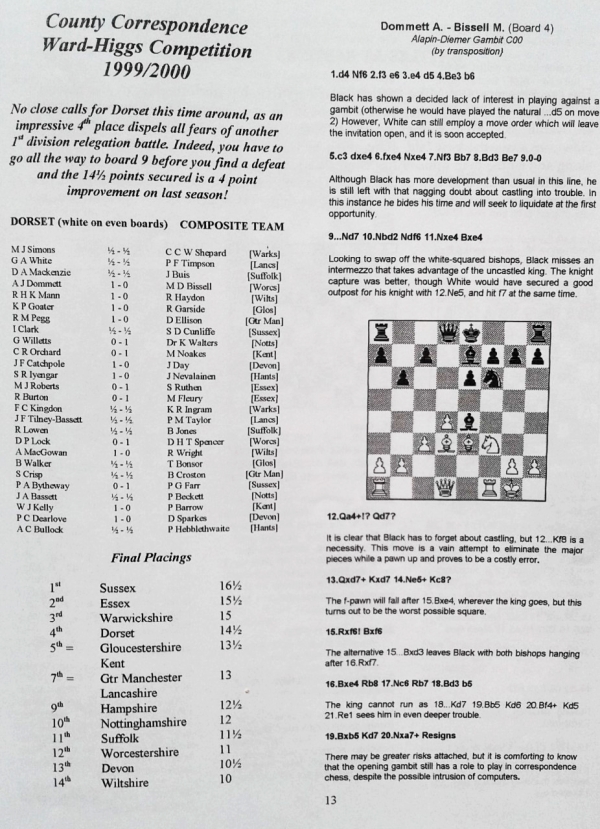