Bulletin No.38 - 7 Deadly Sinful Traps for Black in less than 10 moves! 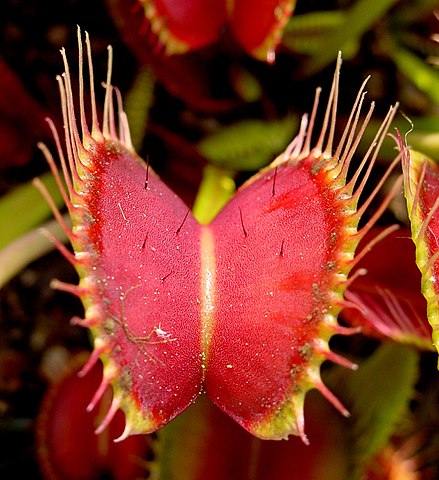 Bulletin No.38 – 7 Deadly Sinful Traps for Black in less than 10 moves!

In Bulletin No.31 we showed you how to ‘Bash’ the Birds and to be (almost) winning after 3 moves. In this article we are now going to provide 7 cunning ways to ‘trap’ White in their standard mainstream openings in less than 10 moves when they are on ‘autopilot’! We have three lines against 1.e4, three lines against 1.d4 and one line against the English Opening!

We will start with a ‘trap’ in 9 moves then countdown to a 3 move ‘trap’ (which might even be the best of the bunch!).

In the Morra Gambit, White normally plays Nf3, Bc4, 0-0 and Qe2 almost automatically against everything. This is why this sly trap has caught so many unsuspecting players out! It has appeared in around 400 games and Black has scored about 70%. Let’s see what happens if White is not paying attention … 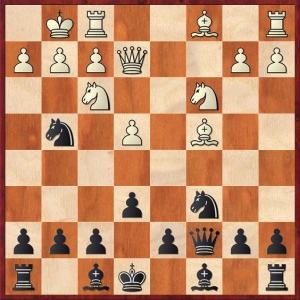 In practice Black has scored well here against all white replies but after 9.h3?? Nd4! it’s game over! The Black threats are 10…Nxe2+ and 10…Nxf3+ followed by 11…Qh2 mate which cannot both be dealt with.  If 10.Nxd4 then 10…Qh2 mate! This is known as the Siberian Trap and has ‘trapped’ many top players. The tactical idea is very thematic as it often crops up in many other openings so it’s worth remembering.

Trap 2 – To ‘Attack’ with the Albin Counter Gambit in only 8 moves!

White is already in a bit of trouble. The main move is 4.Nf3 when the results are in the normal percentage range. However, 4.e3? is White’s 3rd most popular move, with around 300 players having been caught out!

If 5.Nd2 dxe3 6.fxe3 Qh4+ 7.g3 Qe4 when Black will restore material equality and be significantly better due to White’s weak pawns.

Black has set a double trap! And now…

This is known as the Lasker Trap. 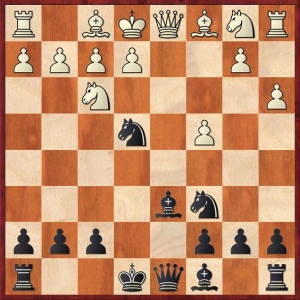 Notice the similarity! Here, White has more opportunity to go wrong with three natural moves 6.Nf3?? or 6.g3?? or 6.b4?? as they will suffer the same fate after 6…Nxf2! when White is completely lost!

Over the years, this trap has caught out so many players. Indeed, over the summer during lockdown, a similar position was reached in a Ringwood Online Chess Tournament. Unfortunately, both players, who will remain nameless, missed it!

Trap 4 – To ‘Exterminate’ the English Opening in only 6 moves!

1.c4 e5 2.Nc3 Bb4 This is known as the Kramnik-Shirov Counterattack.


4.Nf3 Again the most testing of moves. Other moves give Black a comfortable game.   4…e4! 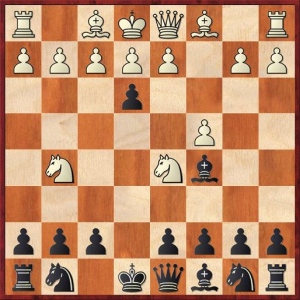 The pawn cannot be taken with either the d or f pawn as Black calmly responds with 6…c6! with a likely winning position.

(B) 5.d4 is probably the main line and would be the move played by most White players. Black’s best response is the stunning 5…Bf8!

Trap 5 – To ‘Elevate’ the Eccentric Elephant Gambit after only 5 moves! 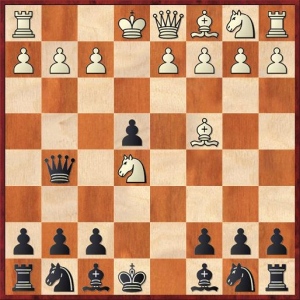 White may think there is a free ride to be had here with 5.Nxf7? but after 5…Qxg2 6.Rf1 Bg4 7.Be2 Bxe2 8.Qxe2 Kxf7 it is Black who will be champing at the bit! In Parr v Simons, Weymouth (Dorset) Open Congress – early 1990s, White already had enough at this stage and resigned.

The Giouco Piano opening is generally a little quieter in the earlier stages but Black’s 3rd move may just catch a few White players out, particularly in Blitz games. 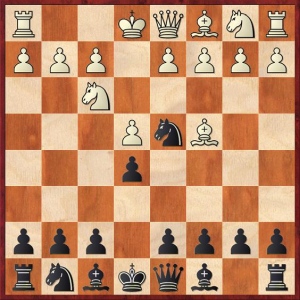 A free pawn so White thinks! 4.Nxe5? Qg5! and suddenly White is struggling. 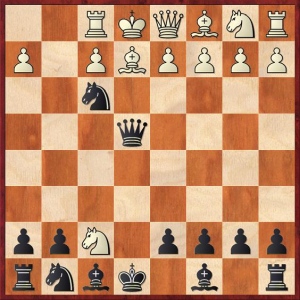 Instead after (B) 5.Bxf7+ Kd8 it looks as though White might be ok as s/he can protect both the loose knight and g2 pawn with 6.Ng4. It is good to have this line as White might think Black has calculated incorrectly but after 6…Nh6! Black maintains the edge.

Both the bishop and knight are attacked and Black’s knight cannot be taken with 7.Nxh6 due to 7…Qxg2 winning.

There are lots of cunning ‘key’ traps in this Piano sideline to appeal to the Black player!

Trap 7 – To ‘Lacerate’ the London System in only 3 moves!

This is currently very popular and a number of articles have recently been produced (by Simon Williams et al) promoting the trendy 2.Bf4 line. It has even been played by Magnus Carlsen himself! Here is a very sneaky way to catch the White player off guard before s/he has got out of the blocks!

1.d4 d5 2.Bf4 h5!? What is this crazy move, it looks rubbish? If White continues with the standard ‘Modern London System’ move 3.e3?? as recommended in all the DVDs then this plays straight into Black’s big hands!

Black reveals the cunning trick with 3…e5! and suddenly White is losing his precious London bishop and is so much worse. Dare we say it, White might even be lost.

No matter how the pawn is captured, the White bishop is trapped with either 4…f6 or 4…g5.This is such an outrageous devilish trap we are sure it will catch many White players out! Some people might even think this is daylight robbery and unethical but it just shows what can happen when the White player is not fully concentrating, perhaps playing on autopilot, and fails to consider the intent behind Black’s silly but ingenious 2…h5 move!

Over the summer in the Ringwood Online Chess Tournaments this trap has caught a famous local player out … twice!

This is a fantastic, clever trap and, being available on only move 3, we are sure it will ‘lacerate’ many of your ‘London System’ opponents!