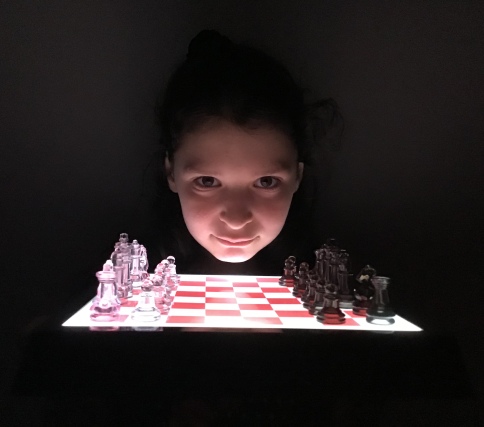 Larissa Cuthbert was recently invited to play in the Brentwood School Invitational Chess Tournament. Brentwood School has a very well established chess programme, an annual chess scholarship and some exceptional international players. The tournament consisted of all age groups and both genders mixed together in one section.

Two sessions were held on Saturday to establish who would be in the last 16 on Sunday from the 60 players who started the tournament. By the end of Saturday, Larissa had qualified to be in the last 16. She was specifically praised by International Master Richard Pert on her play on the Zoom meeting.

Unfortunately on Sunday she didn’t win the trophy but had a lot of fun in the process.

Overall the tournament consisted of a mammoth total of 6.25 hours of playing time.