Bulletin No.44 - Chess Players - Are we just a little bit different?

Bulletin No.44 – Chess Players – Are we just a little bit different?

Along with many other sports people and those who have a passionate hobby, we are often thought of as a special breed. In a game where deep, complex yet forthright decisions have to be made in solitude and silence, it is perhaps reasonable to think that the people who are drawn to chess are often competitive, intellectual types who may enjoy their own company and are therefore introverted. However, is this the consensus view and are there exceptions?

We start 2021 with a bulletin on the eccentricities, idiosyncracies and unusual behaviours of some of the past World Chess Champions, strong International players, and one local player, who perhaps fit in with this stereotypical thinking or are perhaps an exception to it!

Can you relate to any of them and do you think we have a few such players in our local community? 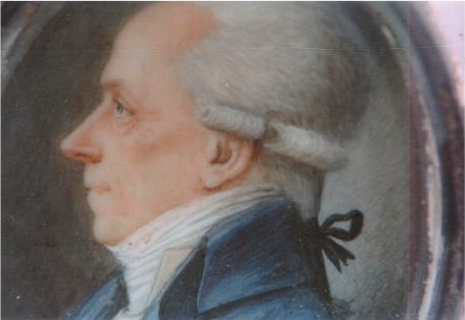 Deschappelles was a French chess player who, between the death of Philidor and the rise of Bourdonnaise, was probably the strongest in the world.

His family emigrated during the French Revolution but Deschapelles remained in France and fought for the Republican army. He had lost his right hand in a battle during his youth. In that same battle he received a sabre cut that opened his skull diagonally from his forehead to his chin, disfiguring him and inspiring his belief that such a wound actually freed his brain, empowering his mind. He learnt chess to a high standard within only a few days and was considered to be the unofficial World Champion between 1800 and 1820. 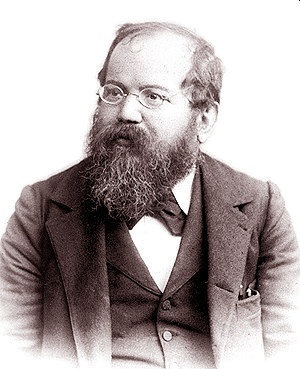 Wilhelm Steinitz was the first undisputed World Champion. Many people described Steinitz as having a sharp tongue and violent temper, perhaps partly because of his short stature (barely five feet) and congenital lameness. Steinitz himself stated that “Like the Duke of Parma, I always hold the sword in one hand and the olive branch in the other.”   Steinitz was poor at managing his finances and died in poverty in 1900.

According to Westword … ‘As the stories go, he would walk around his yard having imaginary conversations with people, including once when he supposedly phoned God to challenge him to a chess match. He eventually died in an insane asylum. He did happen to have the best beard in chess, though.’ 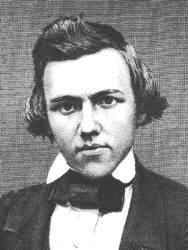 Paul Morphy was an American Chess Master, the greatest chess player of his era and an unofficial World Champion, and, like Bobby Fischer, stopped playing voluntarily at a time when he had so much more to offer.

He suffered from distrust, obsessions and delusions, and showed erratic behaviour. For example, he thought people were trying to poison him, so he only ate food cooked by his mother or sister. 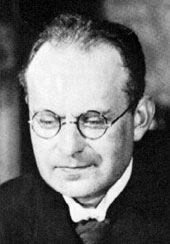 During the late 1920s and early 1930s Nimzowitsch was probably regarded as the third strongest chess player in the world behind Alexander Alekhine and José Capablanca and is considered one of the most important players and writers in chess history. His works influenced numerous other players.

In terms of his eccentric behaviour, Nimzowitsch once stood up on the table and shouted, ‘Gegen diesen Idioten muss ich verlieren!’ (‘That I should lose to this idiot!’)” when it became clear he just missed out on a first prize by losing to Sämisch.  I am sure we have all felt like saying this sometimes to our opponents!

Kmoch also wrote an article about his nine years with Nimzowitsch:


‘Nimzovitsch suffered from the delusion that he was unappreciated and that the reason was malice. All it took to make him blossom, as I later learned, was a little praise. His paranoia was most evident when he dined in company. He always thought he was served much smaller portions than everyone else. He didn’t care about the actual amount but only about the imagined affront. I once suggested that he and I order what the other actually wanted and, when the food was served, exchange plates. After we had done so, he shook his head in disbelief, still thinking that he had received the smaller portion.’

Tartakower played openings such as 1.Nh3? in serious tournament games. He was a witty, almost ironic player, who would play the last round of every tournament in a silly hat. He would usually win those games. Tartakower is known for his many quotes on chess, such as: “It’s always better to sacrifice your opponent’s men”, “I never defeated a healthy opponent” and “The winner of the game is the player who makes the next-to-last mistake.” 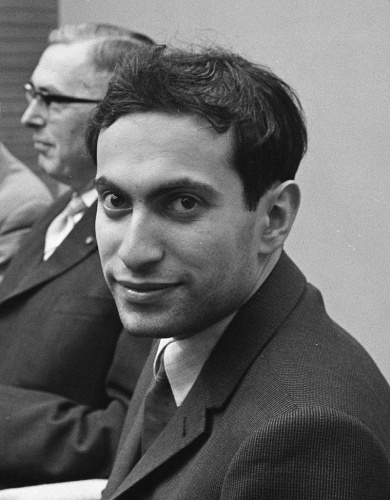 Known as “The Magician from Riga“, Tal was the archetype of the attacking player, developing an extremely powerful and imaginative style of play. Naturally artistic, witty and impulsive, Tal led a unconventional life of chess playing, heavy drinking and chain smoking. Tal also drank heavily before tournaments. In the Netherlands, the evening before a game with another Soviet grandmaster, the two drank till 4 o’clock in the morning. Some English players, at a few British Chess Championships, may argue this might be the norm! 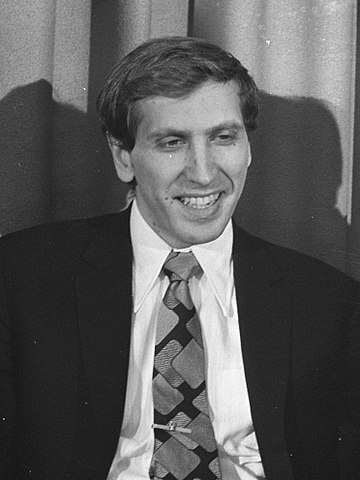 Although perhaps he was never formally diagnosed, there has been widespread comment and speculation concerning Fischer’s psychological condition based on his extreme views and unusual behaviour. Reuben Fine, psychologist and chess player, who met Fischer many times, said that “Some of Bobby’s behaviour is so strange, unpredictable, odd and bizarre that even his most ardent apologists have had a hard time explaining what makes him tick” and described him as “a troubled human being” with “obvious personal problems”.

His obsessive and idiosyncratic personality, frequent disappearances, and unpredictable behaviour made him the most controversial and probably the most discussed chess player ever. 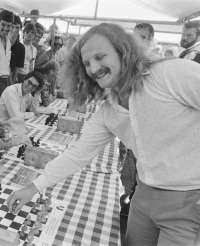 Miles was England’s first grandmaster of the modern chess era, which he achieved in 1976 at the age of 21. His rise was meteoric, and by the early 1980s he was ranked among the best players in the world.

He had a total disregard for authority, which he displayed both on and off the board. He had a fondness for unorthodox openings which most GMs would not have touched with a barge-pole, but as far as he was concerned they offered him more scope for originality and creativity which reflected his playing style. 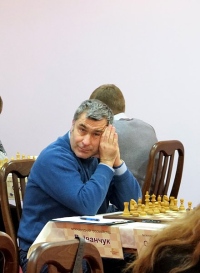 Possibly the most eccentric genius of the current batch of players, he was once seen at the end of a 2016 tournament playing a friendly draughts blitz game when he should have been up on stage collecting his first prize!  You can see the incident in this clip.

Vishy Anand describes ‘Chucky’ as ‘someone who is very intelligent … but you never know which mood he is going to be in. Some days he will treat you like his long-lost brother. The next day he ignores you completely. The players have a word for him. They say he lives on ‘Planet Ivanchuk’.

His inability to become world champion despite his immense talent and longevity has been attributed to his admittedly poor nerves, demonstrated by blunders such as at the 1994 London Grand Prix blitz, when he failed to complete a strong attack on Vishy Anand with a mate in one despite having 1 minute 14 seconds left on the clock. 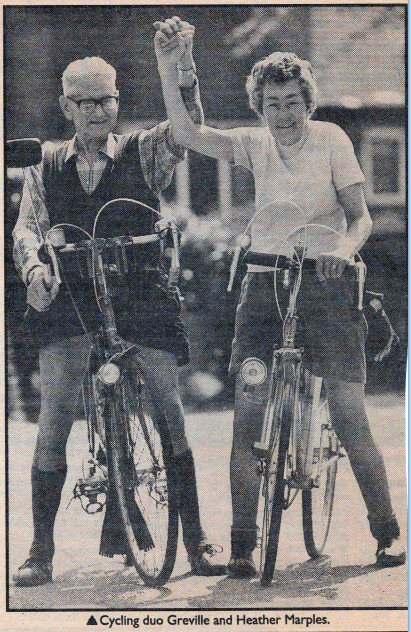 Nowadays, it is difficult to find a ‘character’ in any walk of life let alone in the supposed solemnity of the local Dorset chess world. However, Greville Marples was such a person and over time since his passing almost 25 years ago, we are sure many of us have told many light-hearted tales. Although a Parkstone Chess Club member, he was never a strong chess player, but it is a mark of the man that he has been remembered by the local chess fraternity for longer than most players of greater ability.

Most of us who knew him very well, will have abiding memories of him in his plum-coloured ‘cycling kit’ which he nearly always wore regardless of the weather or the occasion with his white trouser pockets hanging out! Chris Ambrose and Dave Burt will always remember him ‘cornering the market’ in these outfits.  Anyone who used to always do this must be slightly eccentric!

In all walks of life, there will always be a wide spectrum of personalities and characters but sometimes, in certain specific areas and activities, due to the requirements of the roles, there is often a common denominator or important characteristic that is very prominent. To the outsider, some of the behaviours associated with this might seem a little unusual or eccentric.

So back to the opening perhaps leading question, do you think people perceive us as being just a little bit different and are we?

Information from this article was taken from a number of source including Wikipedia.