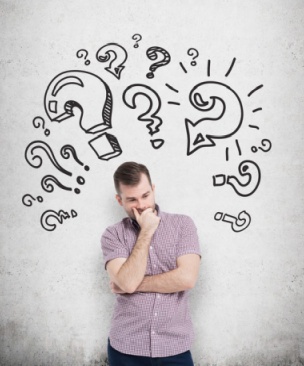 While face-to-face chess is disrupted in Dorset we are running a daily ‘Test Your Chess Knowledge’ quiz question (with 5 possible answers). For local quiz questions you may find the Bulletins and Chat articles helpful.

Martin Simons welcomes your feedback on the quiz and any submissions you have for questions.

Every day we will be publishing the Answers to the latest questions.

Fabio Caruana has lived in several countries to further his chess career. Which of these lists comprise 3 countries he has lived in for at least a year each?
A) Russia, USA, Italy
B) Sweden, Hungary, Spain
C) Spain, USA, Hungary
D) Italy, Sweden, Spain
E) Czechia, USA, Italy.

With thanks to Graham White (Wimborne) for supplying the following question.

The Linares International Chess Tournament was an annual chess tournament, usually played around the end of February. It began in 1978 and was held annually from 1988 to 2010 (with the exception of 1996).

It was sometimes described as the Wimbledon of chess, being one of the strongest annual tournaments held on the chess tour, along with the Tata Steel, Wijk aan Zee, Tal Memorial and Dortmund events. Since 2010, the tournament has not been held for financial reasons.

Since 2011 which British Grandmaster has been the The Director of the Gibraltar International Chess Festival?
A) Julian Hodgson
B) Stuart Conquest
C) Glenn Flear
D) Jim Plaskett
E) Raymond Keene

You probably will not know the answer to this question unless you were there watching the game(!) but how many consecutive queen moves by one player were played in the Mackenzie v Mason chess game in London in 1882?
A) 33
B) 43
C) 53
D) 63
E) 73

Which famous chess player came out with this quote? …

‘I used to attack because it was the only thing I knew. Now I attack because I know it works best’
A) Garry Kasparov
B) Nigel Short
C) Mikhail Tal
D) Hikaru Nakamura
E) Bobby Fischer

Chess novice and speed learner Max Deutsch lost a game to Magnus Carlsen in 2017 after he had one month to prepare. Then, at the beginning of April 2021 there was a rumour that Magnus Carlsen had retired from chess as a result of losing a bet when he lost a chess rematch against Max Deutsch. What was the gambit opening supposedly played by Max Deutsch?
A) Evans Gambit
B) Morra Gambit
C) Kings Gambit
D) Danish Gambit
E) Blackmar Diemer Gambit

How many official World Champions have lost their title to their very first challenger, never to regain it?
A) 4
B) 5
C) 6
D) 7
E) 8

At the beginning of April 2021, it was alleged that FIDE had changed an international rule of chess with immediate effect but what was this rule change?
A) That en passant can be played on any move not just on the move immediately following when an adjacent pawn moves forward two squares next to the opponent’s pawn which is on the 5th rank.
B) That castling can be played regardless if either (or both) the king and rook have previously moved.
C) The removal of the 50 move draw rule.
D) The removal of the stalemate rule – the player moving last and creating the stalemate now wins!
E) The removal of all draws.

Which past World Chess Champion made the following interesting statement? … ‘I am convinced, the way one plays chess always reflects the player’s personality. If something defines his character, then it will also define his way of playing’.
A) Magnus Carlsen
B) Vishy Anand
C) Vladimir Kramnik
D) Garry Kasparov
E) Anatoly Karpov

Which is the only local club to have won the B&DCL Team Handicap Knockout Cup in three consecutive years?
A) Wimborne
B) Highcliffe
C) Poole
D) Southbourne
E) Weymouth

In the UK, as things stand, when is the earliest that B&DCL and Dorset league chess matches might be permitted to resume indoors?
A) 12th April 2021
B) 17th May 2021
C) 21st June 2021
D) This has not yet been determined by the UK Government.
E) This will determined by the English Chess Federation.

What do Grandmasters Shakhriyar Mamedyarov and Hou Yifan both have in common in relation to a FIDE tournament game?
A) They have been defaulted for not shaking their opponent’s hands.
B) They have been defaulted for turning up to their boards late.
C) They have tried to castle by touching their rooks first (instead of their kings) which was not allowed. They were then both made to make a legal move with their rooks.
D) They forgot to press their clocks and lost on time.
E) They have both made illegal moves.

Which of these players served as a second to Nigel Short in his 1993 World Chess Championship match versus Kasparov?
A) Robert Hübner
B) Mickey Adams
C) Boris Gelfand
D) Artur Yusupov
E) Boris Gulko

Which Highcliffe player has managed to retrieve the B&DCL Team Handicap Knockout Trophy after it had been in self-isolation for a year?
A) Adam Ursell
B) Richard Ursell
C) Robert Halse
D) Christian Westrap
E) Ron Salinger

Which famous chess player once made this amusing comment ‘Up to this point, White has been following well-known analysis. But now he makes a fatal error, he begins to use his own head’?
A) Wilhelm Steinitz
B) Emanuel Lasker
C) Mikhail Chigorin
D) José Raúl Capablanca
E) Siegbert Tarrasch

In 1973, a chess tournament in Cleveland, Ohio, was raided by the police. They arrested the director of the tournament as well as confiscated the chess sets but what were the charges?
A) Aiding and abetting.
B) Permitting gambling and on the possession of gambling devices.
C) Possessing stolen property.
D) Tax evasion
E) Money Laundering

We all know Magnus Carlsen loves football, quite possibly because he was coached chess by Simen Agdestein (who played football for the Norway international team) when he was as a junior but which is Carlsen’s favourite football team?
A) Manchester United
B) Barcelona
C) Real Madrid
D) Rosenborg
E) Bayern Munich

How many World Chess Champions have regained their title in a match situation against the current World Champion having previously lost it?
A) 1
B) 2
C) 3
D) 4
E) 5

Test Your Chess Knowledge No.255 – You are the Arbiter!

The position below has been reached. Black plays 46…Rc1+, lets go of the piece but fails to press the clock in time and their ‘flag’ falls. All of this is seen by the arbiter who is watching closely. What should happen next?

Who is the current Executive Editor of the CHESS magazine based in the UK?
A) Richard Palliser
B) Murray Chandler
C) Byron Jacobs
D) John Saunders
E) Malcolm Pein

Bulletin No.60 - The Covid Candidates